Hello! I’d like to welcome paranormal romance author M.L. Guida! Welcome M.L., it’s a real pleasure to have you here today talking about the mystical month of May. You tell a great story about springtime – and wildlife – in the Colorado mountains.

For all my visitors, be sure to leave a comment for M.L. She’s giving away a copy of “Dark Promise,” book 1 of her Underworld Series! Check out her website  HERE  and look for the trailer for this exciting story set in Dillon, Colorado…and the Underword. 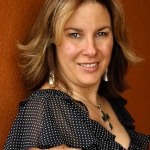 The month of May is the time for new beginnings – school ends, summer begins, flowers bloom and hot days. Summer is one of my favorite times, because my family opens our cabin in Frisco, Colorado. Frisco has always been a magical place for me with Lake Dillon, aspen and pine trees and fresh mountain air. Frisco appears as a setting in many of my books, “Dark Promise” and “Tortured Soul,” especially in the Underworld Series. In my Angel of Death series, I mention a mountain cabin, but do not specify the location. In fact over Memorial Day, I plan a trip up there to rejuvenate and relax.

I’ve always wanted to see the wildlife up there, but only saw a deer once. I’ve been going up there since I was born. Maybe my family and I make too much noise. However, this is not true for one of my friends, Susan. She is an avid jogger and fiercely independent – a collision for disaster in Frisco.

On Mount Royal, there used to be a town called Mason, but it is long deserted. An avalanche destroyed the little mining town and there are only ruins. Tourists and locals like to hike up to the site, but not during dusk, but not true for Susan!

She decided to go jogging around 5:00 pm. Do you see the problem yet? As she was jogging up the trail, people were coming down the trail and she was the only one on it. Her tingling warning signal should have gone off, but sometimes I think she turns it off or ignores it. She arrives at the ghost town and takes a deep breath. A rustling in the bushes overhead grabs her attention. Does she run, no. She investigates. She is expecting to see a deer and waits in anticipation.

Through the bushes, a huge brown bear stares down at her. Susan freezes. She tries to remember what to do if you see a bear – grab a stick, act like your taller, climb a tree. But she does neither.

The bear remains still and watches. His head was the size of a Toyota engine. She backs up and bolts down the trail, never looking back. Her heart threatens to burst through her chest, but she does not stop running until she hits the main street of Frisco. What did Susan forget? The bear did not follow her. But there’s another predator who resides up in Mountain Royal who would not hesitate to chase her. Mountain lions.

Lucky for Susan, neither the bear nor the mountain lion found her particularly appetizing. She now goes by the name Bear Bait. So, when you hike in the mountains do not follow Susan’s example and become a main dish for a hungry bear or mountain lion.

Thanks Lori for allowing me to stop by.

Speaking of new beginnings, this summer, Five Prince Publishing is releasing two of my books – “Dark Promise” and “Tortured Soul” – which are both set in Frisco, Colorado. Passion in Print is releasing my other book, “Betrayal,” in August. 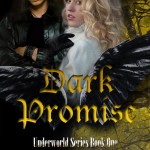 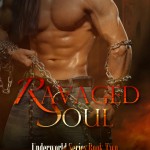 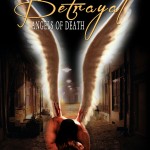 M.L. Guida writes paranormal romance. She loves the Rocky Mountains where she loves to ski, hike and mountain bike. She is currently pursuing her Master of Art in Creative Writing through Regis University.

Welcome to my first ever posting for Manic Monday! Today I’m going to talk about a new manic trend – one that I find pretty amazing.

Is it just me, or is there a fabulous new muse(ical) relationship forming between romance authors and male cover models?

Now, I personally need to see a visual of my characters before I can write about them. I comb magazines for snapshots and ads. Yeah, I actually subscribe to People and Star, but I only read them for the pictures…

If a face, or a dress, or a pose strikes my fancy – I tear out that page and add it to my ever growing pile of “character” clippings. I do the same thing if a story appeals to me in some way. It’s a great way of finding characters and ideas.

But needing to have a picture to look at before I can access my muse and effectively write is just me. I’m a very visual person – as are most writers.  For me, looking at something inspires my writing – making it much more detailed and expressive. It’s my muse kicking in. If I’m writing about a knight, I need to see a man outfitted in armor, astride a horse. If I’m writing about a Regency lady, I need to see her decked out in a ball gown, waltzing with a handsome Lord. So I’ll look for pictures of a strong man, an ingenue heroine, a suit of armor, a ballroom awash in candlelight, and a horse.

These pictures help me to describe to my readers what I’m seeing. It’s me working my muse. I think that’s probably true for most writers.

Whew! I don’t know about you, but having that available would absolutely take my inspiration to a whole new level!!!

I’ve seen Jenn and Derek in action twice, once at the Denver Lady Jane Salon just a few days ago on February 7th, and once at RomCon in August of 2011. I also followed their amazing photo shoot that occurred in California this last summer.

When you’re in the same room with them, you can see their special relationship. They feed off each other in such a positive way. I can see how he inspires Jenn. He’s such an entrancing chameleon, becoming just what she needs at that moment. The costumes. The poses. The look. And he’s such an amazing guy. He and I talked for quite awhile at the Salon, about California, acting, modeling, and other things too… *wink*

BTW – don’t forget to check back here in two days on the 15th of February for my first Wicked Wednesday entry when Jenn will be blogging about…wicked good things!

Another exceptionally creative team with this same type of relationship is Kimberly Killion and her muse, Brooks Johnson. Kim writes about highlanders – very hot highlanders! One of her latest “Caribbean Scot” features Brooks on the cover. He’s a very convincing highlander. BTW – he looks amazing in a kilt, with or without a ruffled shirt open to the waist! I had the pleasure of meeting up with these two at RomCon in August of 2011, so I definitely know what I’m talking about! I look forward to seeing them again in Denver when my RWA chapter, Colorado Romance Writers, hosts them for a workshop in August of 2012.

Kim designs amazing book covers (as well as websites, banners, book marks, etc.) and she’s worked with Brooks on a good many of them. In fact, Brooks is the famous “Torso Man” on the front cover of my anthology, “Finding Ms. Wright – Three Tales of Extraordinary Love” with M.L. Guida and Hillary Seidl, published by 5 Prince Publishing.  So when you see my book cover, you’re witnessing Kim’s expertise and Brooks’ pecs and abs in action. Nice combination, yes? See, the art that these two create together makes the covers for romantic fiction a much more magical place to be.  *grin*

Meeting these ladies and their gentlemen is an amazing experience. The air is thick with creativity. I’m thinking Jenn and Derek and Kim and Brooks have really tapped into to something – they found their muse in another person. Together, they each can go to levels and find successes they likely couldn’t have accomplished without the other. It’s like a romance complete with a happily ever after – only with platonic love.

About Jenn LeBlanc’s The Rake and The Recluse: